Zhengzhou, Henan (May 18, 2017) - Forbes China Up-and-Comers Summit & Award Ceremony was successfully held in Zhengdong New District.  More than 400 leaders of high-growth Chinese enterprises, top Chinese investment organizations and industrial leaders gathered at the venue to discuss the opportunities and development directions of up-and-comers under the new background of globalization. 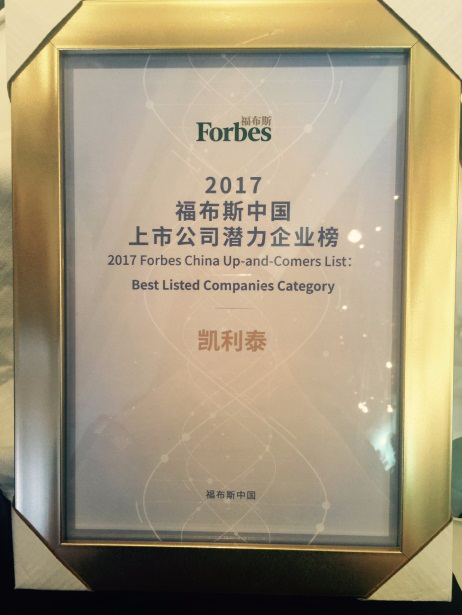 Forbes was founded in New York in 1917, with the slogan of "Entrepreneurship and Wealth Tool". Due to its entrepreneurship and innovative awareness, it has become an outstanding one in the industry.  The lists formulated by Forbes are called the "weatherglass of economy" and the "wind vane of wealth".  Ever since 2003, when Forbes entered China, it has adhered to the idea of advocating entrepreneurship for outstanding decision makers of Chinese enterprises, and offered a series of lists including "Forbes China Rich List", survey and research, activities and other platforms. Forbes China strives to build an enterprising interactive community for high-end customers, provides a forward-looking and sharing environment and builds an information eco-chain of entrepreneurship and innovation.